Wrote this a few days ago but felt unsure over posting it.  Thinking, what the hell though.  I'll let you decide.

Mario took a job at a construction site
Climbing up the ladders, crooked girders
With a hammer.

They called him Jumpman,
As he bolted rivets, hoping that the steady job
Might convince his wife, Pauline, to take him back.

But his boss was always throwing obstacles in
Unpaid overtimes, late paychecks if they came at all
That felt as flames and barrels tripping Mario.

Eventually the carpenter was fired,
Being forced to wait on elevators,
Drifting further from his goal.

Three weeks to the day
Mario heard Pauline was with another man
And it broke him.

He packed up the entirety of the
Belongings she had left behind –
An abundance of hats, parasols and purses.

Tearful, Mario then distraughtly drove
And drove until he no longer paid attention
Or cared as he went off the bridge. 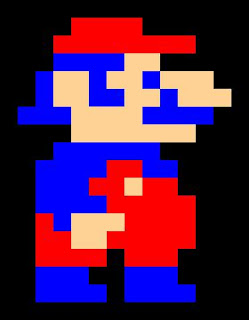 You've found your way inside my head and now there's no way out!